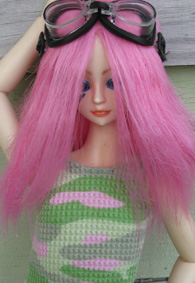 Personality: Reluctantly willing. Dem is accustomed to servitude, though he accepts his role more out of fear of the consequences of rebellion than any true desire to submit. When allowed freedom of expression, he can at times be snide and sly, though not to the extent of his current master. There is little true cruelty in his nature, but he has nonetheless carried out distasteful acts on the command of his superiors.

Background: The Anima Servia are not a race in their own right, but members of the other fae-tribes who have so little ability as to be thought of as suited for nothing but service to their betters. For eons, they have been bound both to the Anima Courts and to sorcerers of the mortal coil – though their powers may be limited compared to their brethren, they outclassed by far the followers of the Great One, whose god refused to allow the manipulation of magic save as part of his worship. Even those who rever the new gods occasionally make use of such spirits, when they have a need that cannot be met any other way.

Having twice undergone the Rite of Binding that would invest his own spirit in an artificial shell, Luphase was left with a body inanimate and unneeded. To simply abandon it seemed a waste – and so the ritual was performed a third time, instilling in the shell a soul weak enough to be bound to his will. If nothing else, it would be suitable practice for returning his lost Reme to life. The summoning was a success, and Luphase gained a servant in the form of Dem.